Atmosphere: It’s big, loud at times but much nicer than some other chains. It leans more to the bar atmosphere and I like that. Let me also note that the beer really is good. If you wanted good beer and some regular bar food to accompany it this is a good place for sure. Most of the time I like to enjoy the warmth of the outdoor patio…. so I did. The place was empty except a guy and his dog. Another perk of the bay Area, dogs allowed almost anywhere.

Service: I have been to this location several times in all different manners eating various fare, and in general they have solid service even in groups of 20 or sitting at the bar solo. This time was no exception…… right up until my server went MIA. And it was at the end of my meal after she gave me the check. Having to go inside and see who to pay was a bummer.

Appearance: I was feeling good as this platter arrived. Full plate size, a nice mound, and color to boot. Enough for two people or more. Good score….. but not great. In my head I have a few touches I would add, but hey these are not my nachos it’s BJ’c.

Taste: I will say that every ingredient was fine separately even if the chicken was a tiny bit dry. And the chips were a bit salty. This a bar and they make money selling beer, so salty food is a given. What would have pulled it all together is a significant amount of melted cheese, easier to consume chicken chunks and an actual laying. And to be completely frank, that would probably make this experience a serious contender.

Value This this platter of nachos was exactly what most folks in this area would expect to pay at a chain restaurant. This factor would be much better if the nachos improved as suggested. For now a solid middle of the road.


Yes, I know I said several times that chains would not be welcome here but after the encounter at The Cheesecake Factory i have decided to try a few of the better known chains and see who can actually make the cut. To date I have been to Applebee's and Cheesecake and both have stood up well, in fact Cheesecake still has some of the best chips ever and very special cheese sauce I love. I high bar to say the least.

SPECIAL NOTE: I did not see nachos right off the bat so I asked. They still offer the “Chili Nachos” but I hope you all know that is a sin. They also offer “Flatbread Nachos” and WTF is that, it ain’t nachos of sure. Then I am told that have “Off Menu” traditional nachos. YEAH!!!!!! So i order those with chicken and no Guacamole. Ok, so here is BJ’s. My note in the taste section really changes the complete dynamic in all areas but Service. Make note BJ’s. 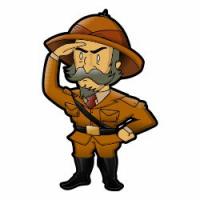